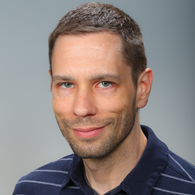 Chris Wyce initially joined the Center in 1998 as an Interviewer, became Research Project Assistant, then Research Project Coordinator and is now Assistant Director of Data and Technology. His responsibilities include training and supervising interview staff, overseeing the cleaning, coding, and entry of data, the development of data management and data analysis files, and the organization and coordination of data output.